The Exit Challenge: The Partners' Transition

Alex Slive and Doug Hanna were college students who sanded floors, painted, and did other odd construction jobs to pay for school. The jobs piled up and the projects became bigger, so they eventually hired a couple more guys and started S+H Construction. Thirty-eight years later the Cambridge, Mass., building and remodeling company has 60 employees and has diversified by taking on new residential, commercial, and college construction, as well as remodeling and historical restoration.

“If you had asked me three years ago what I wanted to do, I would have said, ‘I’m in it for 10 ... 15 more years,’” says Slive, who is 62. “Doug was more like three years, so there was a big shift in my thinking. I also belong to this CEO group, which takes me out of my industry to listen to different perspectives. I hear all this feedback about not doing a transition like this when you are too old, not doing it under duress, and not when the economy or the business is not going well.” 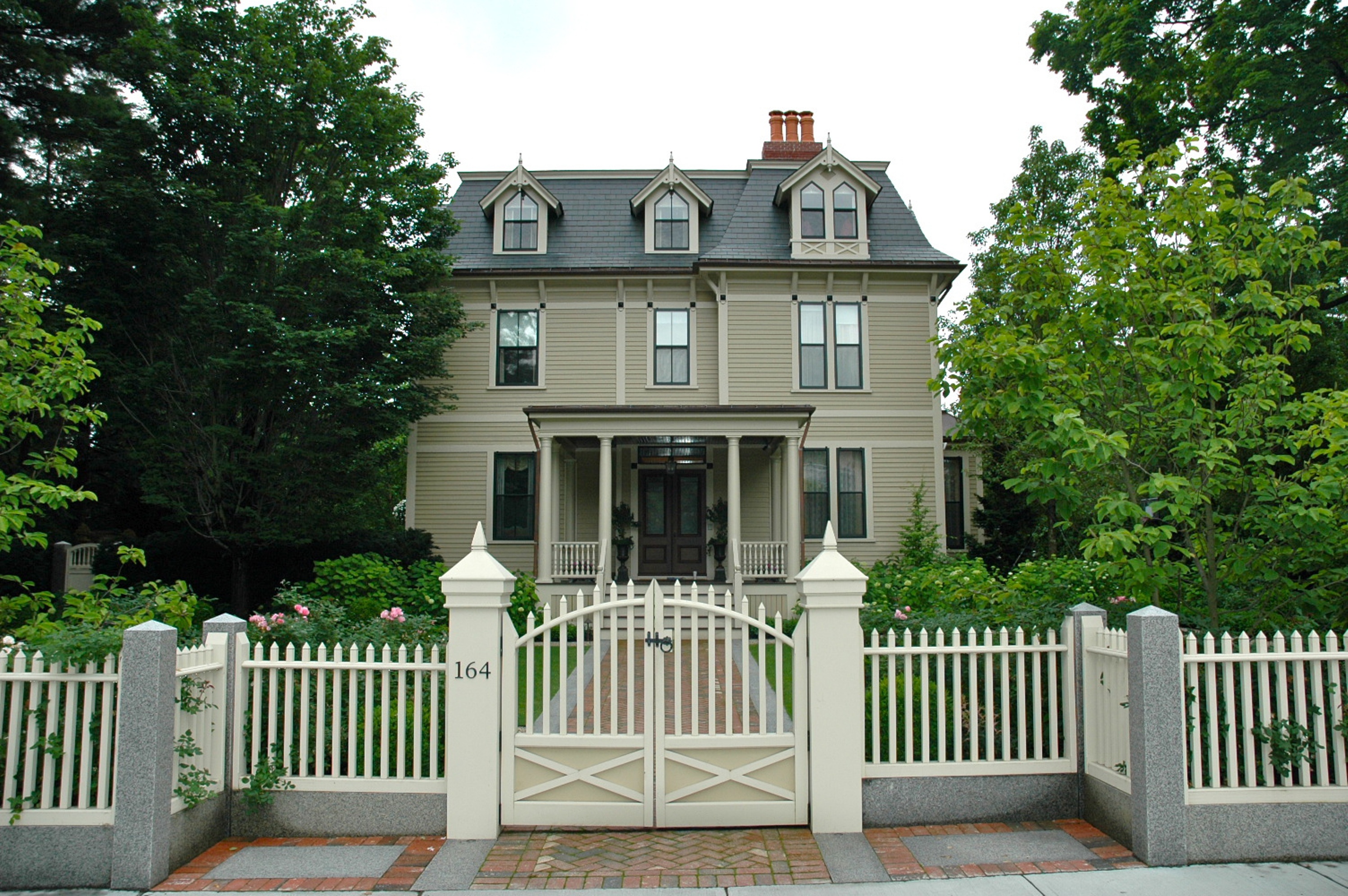 This 1880s Victorian located in Cambridge was a complete gut remodel for S+H Construction. A large addition at the back of the house was removed and another more well-suited addition was built (Photo: Eric Roth).

Doug Hanna was interested in pursuing other interests: learning a foreign language, reviving his musical talent, and taking on small development projects. “It’s not like I don’t like what I do; I do. But I’ve been doing it my whole life, and I never got a chance to finish college. I’d like to get out there because there are other passions of mine,” Hanna says.

Slive and Hanna have both had their children work on and off with the company, but none stayed in the business. To their credit, the partners did have a buy-sell agreement funded by a life insurance policy that spelled out the transition of ownership from one partner to the other should one owner be unable to continue due to death, illness, or just the desire to leave. But because both partners were looking for an exit, they contracted a business broker about putting S+H on the block. 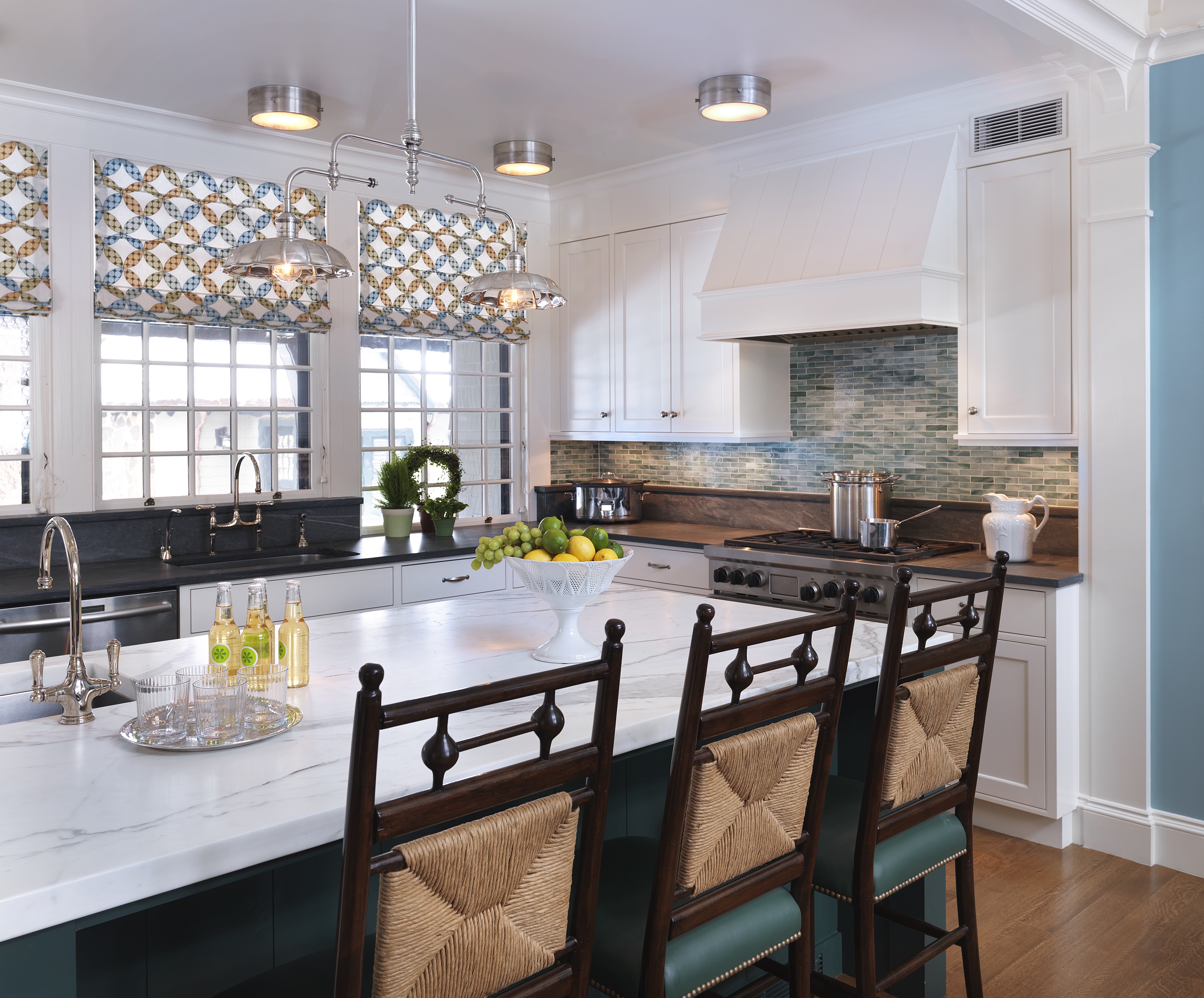 “I didn’t like that idea after talking to [the broker] because I was concerned about layoffs for employees and a lot of disruption,” Hanna says. “We didn’t want that to happen.”

The owners also considered a sale to employees, but deemed it too complicated, and not all employees would have been able to buy in. Fortunately, Sarah Lawson, a project manager who had been with S+H for 10 years and previously ran her own construction business, inquired about buying the company. Three years earlier, Lawson, who is now 53, demonstrated her tech savvy by vetting more than a dozen software vendors and picking a project management platform that brought the company into the 21st century in terms of tracking budget, schedule, and change orders, which resulted in reducing give-backs and achieving better cost control.

“I went to them and asked if I could stop doing project management and do a tech upgrade for six months,” Lawson says. “They handed it over to me, and tech was part of my job going forward from there. So I just started thinking about how to make the business go and what types of things we can do to grease the wheels without making the company change in any fundamental way. I was also thinking about how to move the company forward and doing so on a larger scale. Of course where Alex and Doug were in their careers, I knew [retirement] would be coming up at some point, so I approached them about a year and a half ago.” 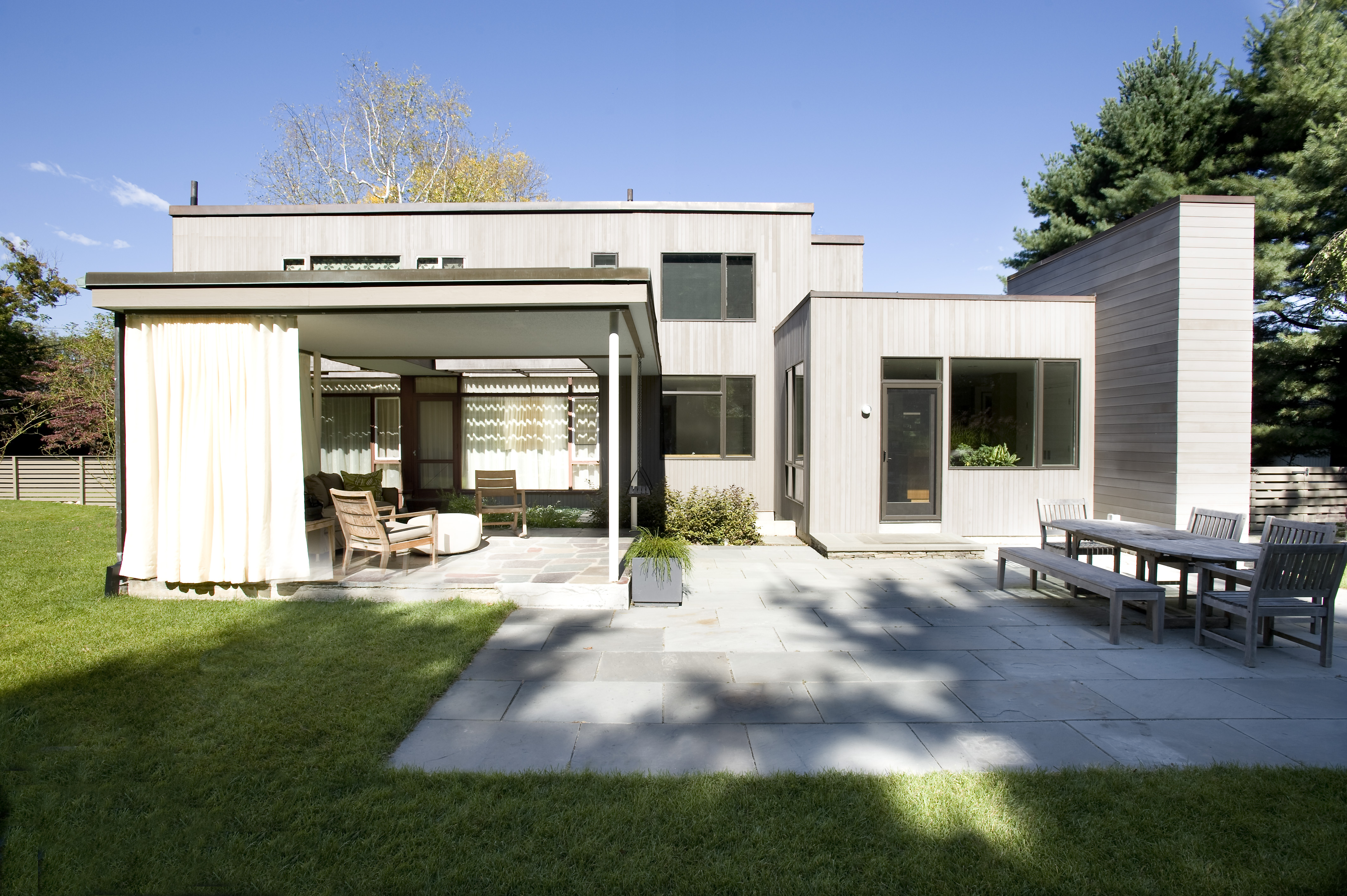 Lawson had two conditions. First, Hanna and Slive would stay for three years and help her establish relationships with finance, architectural, and other third-party communities to whom the reputation of a builder matters. “I would not have done it if they weren’t bound to staying with me for a number of years because (a) I really like them and they’re really good at their jobs, and (b) it’s a trust business, and you can’t just hand that over on a piece of paper,” Lawson says.

Second, she would not do the deal if the owners took the company into the open market, which would have invited the disruption of outsiders looking at the business. “I think both conditions were fair,” Slive says. “The thing is, we wanted to keep a platform, so we could keep working if we wanted to. The legacy of our company was really important to us, even more so than the money. It’s something we built up. Our life is invested in it, and we really wanted to create something where there would be as little turnover as possible.”

Buyer and sellers outlined the basic terms of the asset sale on a single Excel spreadsheet and on a document with bullet points defining the terms. The next task was to establish the sale price by having the business appraised by a certified public accountant. The accountant tallies the hard assets and puts a value on the company’s intangibles such as reputation, goodwill, and future revenue.

“There generally is standard methodology that’s followed when looking at the value of the trade name or the business,” Wade of Grant Thornton explains. “The challenge is there are other assumptions that can go into that, like what future revenue can be generated. That’s the subjective part where you can have a difference in opinion, but the assumptions going into the methods can be discussed and debated between the two parties.”

After agreeing on the sale price, both sides consulted their respective attorneys on drafting contract minutiae such as non-compete clauses, time line, and other details. Lawson secured a bank loan for a portion of the purchase price and will pay 25 percent of the remainder to Hanna and Slive three years from purchase and another 25 percent during year five. Hanna and Slive got the existing assets and account receivables and loaned the new owner operating cash. 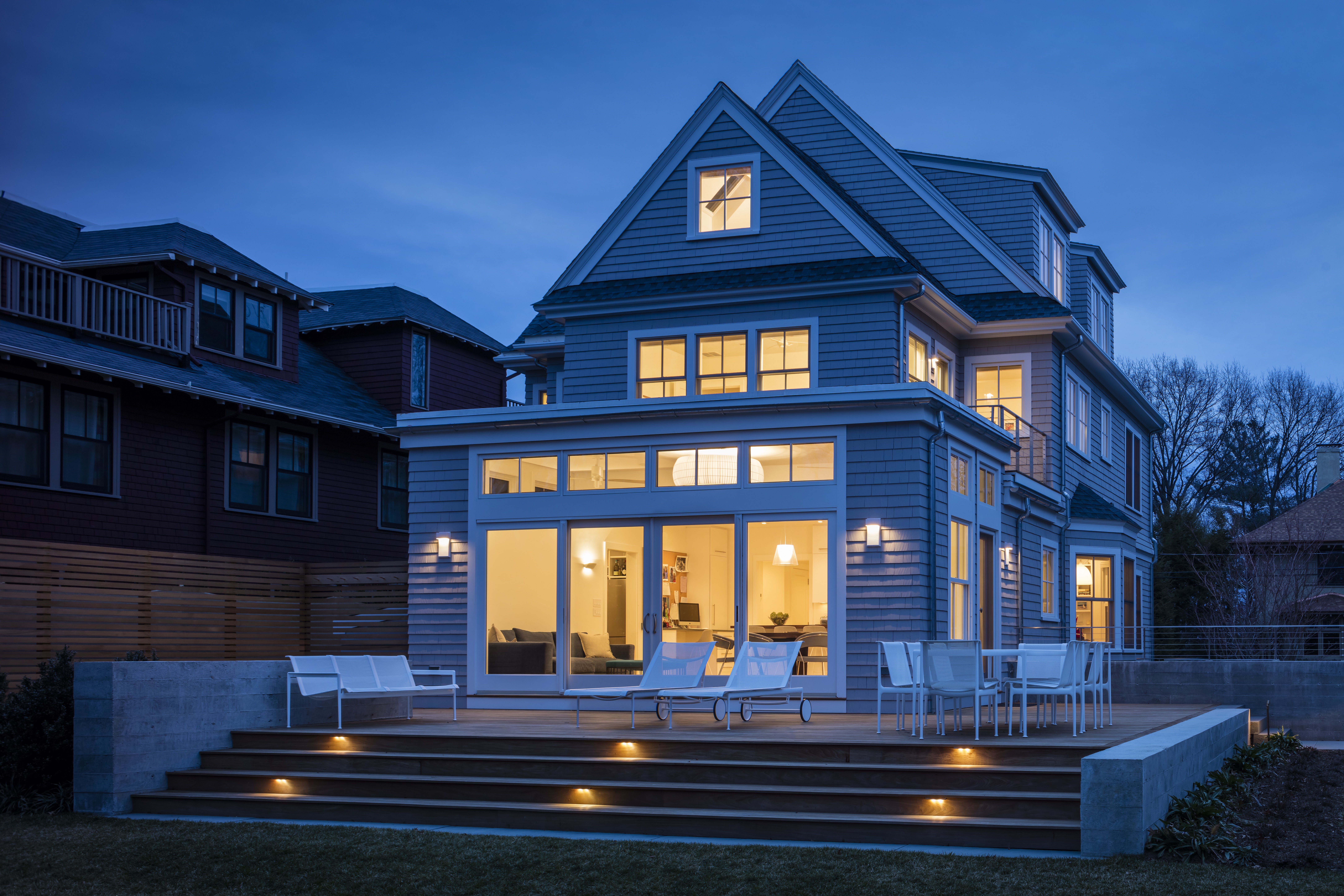 “I’m not trying to get rich,” Lawson says. “I want to own a company where I can continue keeping it great and making it greater. I want to be proud of what I’ve done and keep jobs for 60 people. That’s my goal. I don’t want to have to sell my house or go broke. My position is more defensive because I don’t want to lose everything. It was more that I want to do a good job and not have to worry about my retirement every day.”

About a year elapsed between Lawson expressing an interest in becoming an owner and having a deal in hand. During that period, the employees has no knowledge of the impending transition until Hanna and Slive called for a company meeting at a rented banquet hall. Weeks before that meeting, Hanna, Slive, and Lawson practiced with a consultant how they were going to tell employees about the ownership change.

“We were very concerned about the message to the employees and also to the rest of the world—especially the design and build community in our area,” Hanna says. “The main messengers about this transition will be our employees because they interface with architects, homeowners, and subcontractors, so we wanted to get the message right to them first.”
Slive opened the meeting by announcing to employees that there was a major change afoot with the company but that it wouldn’t affect the stability of their jobs. You could hear a pin drop in the room. Next, Hanna explained that he and Slive had for years been trying to figure out how they could work less. Then Slive took a turn explaining the list of options from locking the doors and throwing away the key, to selling to an outside buyer, to an employee buyout, none of which were acceptable. Then he said that by chance someone had expressed an interest in buying the company. At that moment, employees were looking around the room trying to figure out who that person was. Doug finally announced that Lawson was the new owner. There was momentary silence and then everyone applauded.

“That was a relief,” Hanna says. “We didn’t want to appear like a lame-duck company with people saying, ‘What’s going on at S+H? ... The owners aren’t there, are they the same organization, do they have the same capabilities?”

Now that the ownership change is public, other construction company owners are asking Hanna and Slive how they did it. They’re actually considering offering their services as consultants for ownership transition in addition to advising young builders and remodelers on how to run a construction company. “I wish we’d had somebody like us pointing us in the right direction when we started 38 years ago,” Hanna says. “We didn’t have any business training, so we had to figure out some things the hard way.”

(Editor's Note: To read about how a custom home builder groomed his successor and built his road toward an exit strategy, click here).