An admirable trait of many home builder owners is that they enjoy construction so much that they want to be in the business well beyond the typical retirement age. Yet one shortcoming of such builders is that too many think they’ll work forever. They give little thought to how they’re going to exit the industry or what will happen to their company should they die or become unable to work.

“Small home builders hope to create a lot of wealth on the disposal of their company, and I think that is really a challenge,” says Alvin Wade, a national managing partner with experience consulting in the construction industry for Grant Thornton, an international audit, tax, and business advisory firm. “When you’re talking about someone who builds 10 homes a year, I think wealth has got to be generated more along the way than upon the transition of the company.”

While financial security is one desired outcome from selling a business, custom home builders may be more motivated by leaving a legacy than by monetary gain. They’ve been building for so long because they’re passionate about what they do. Their business was more than a livelihood: it’s their insignia, something they can look back on with pride and say, I built it, and it’s still here. 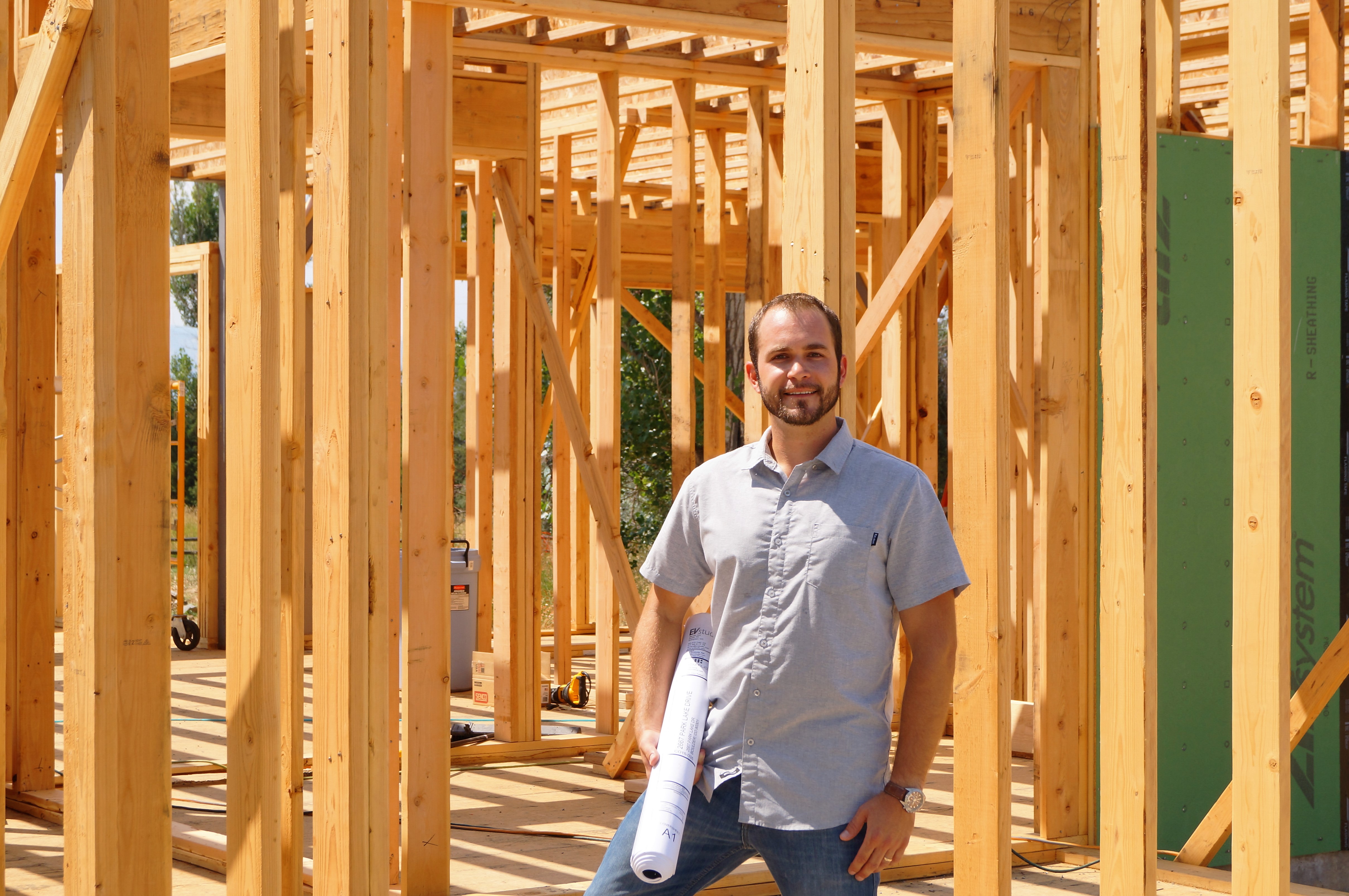 Drew Lindsay, owner of Hammerwell, started working for the previous owner, Richard Sands, right out of high school on the framing crew and was drawn to the company's unique and modern-style custom home projects.

Richard Sands, 72, started Hammerwell with a partner 40 years ago building spec houses in the San Francisco Bay area. He eventually bought out his partner and relocated to Boulder, Colo., in 1998 to build high-end, modern-style custom homes. His wife, Janice, managed the office; his son Kit ran the framing crew, and Hammerwell flourished, delivering two to five projects a year with about $5 million in annual revenue.

Sands once thought that his exit would be a family transition, but Kit left Hammerwell more than a decade ago and started his own framing business (Kit’s company is Hammerwell’s framing subcontractor). Sands’ other son worked on and off with the company before pursuing another career. 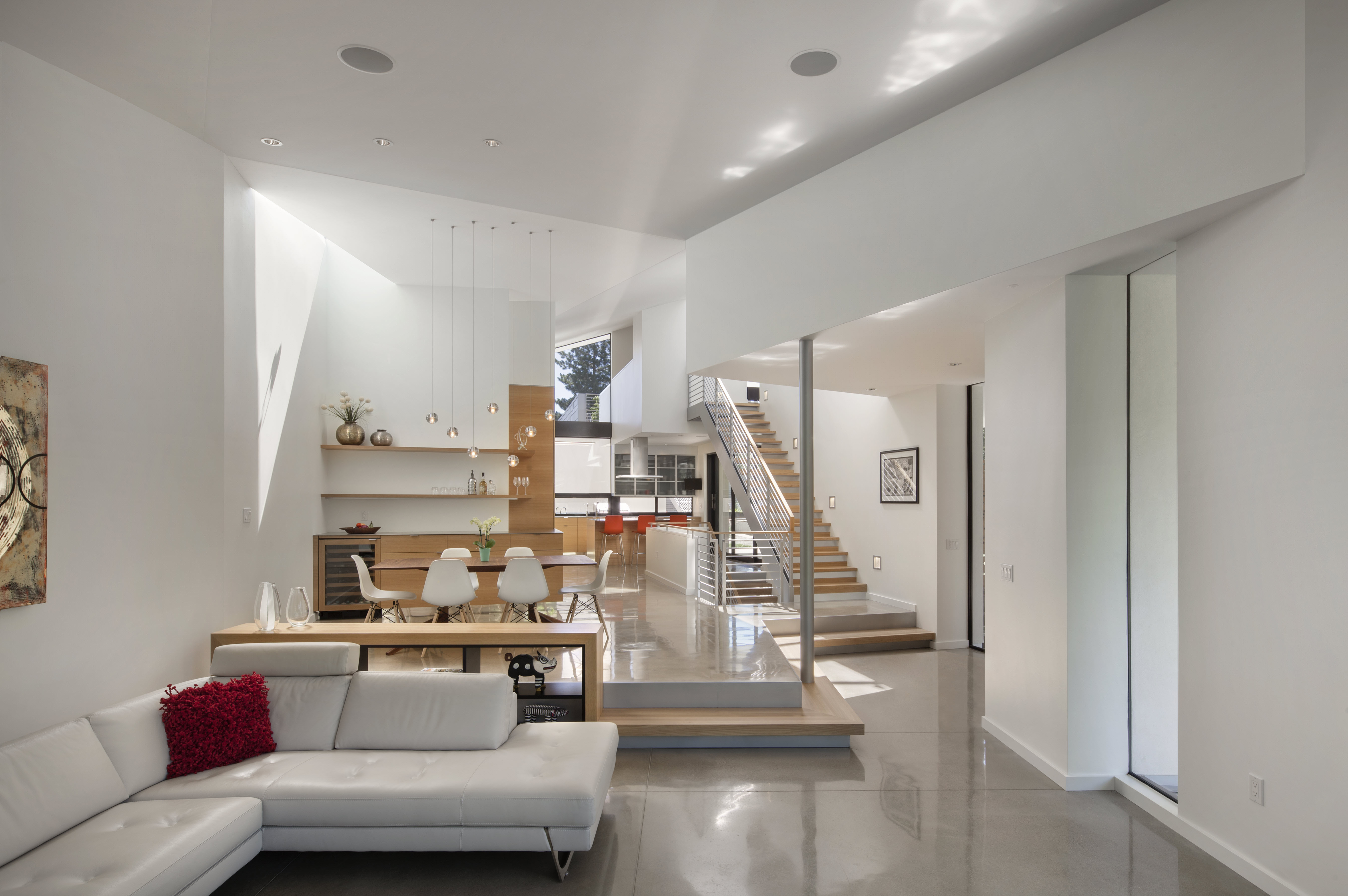 “When I turned 70, I was thinking about how was I going to get out of it,” Sands says. “It’s not the kind of business where you can just walk away. When you have two or three great big expensive projects underway, it’s tough to wind it down and terminate. At the same time that Sands was trying to figure out a way to continue his legacy, project manager Drew Lindsay was thinking about his future. The 33-year-old started working at Hammerwell right out of high school after answering a classified newspaper ad seeking carpenters. He worked his way up to become foreman of the framing crew before leaving briefly to work for a commercial builder in Denver where he picked up skills such as project management, scheduling, and ordering materials. Sands hired Lindsay back as a project manager in 2003, and he has been with the builder for 15 years.

“Rich and I have become very close over the years, and from the very beginning I was up front with him about my desire to own a construction company somewhere in my 30s,” Lindsay says. “It was my long-term goal, and if he could help me achieve that in any way, great. If not, then that was my endgame.” 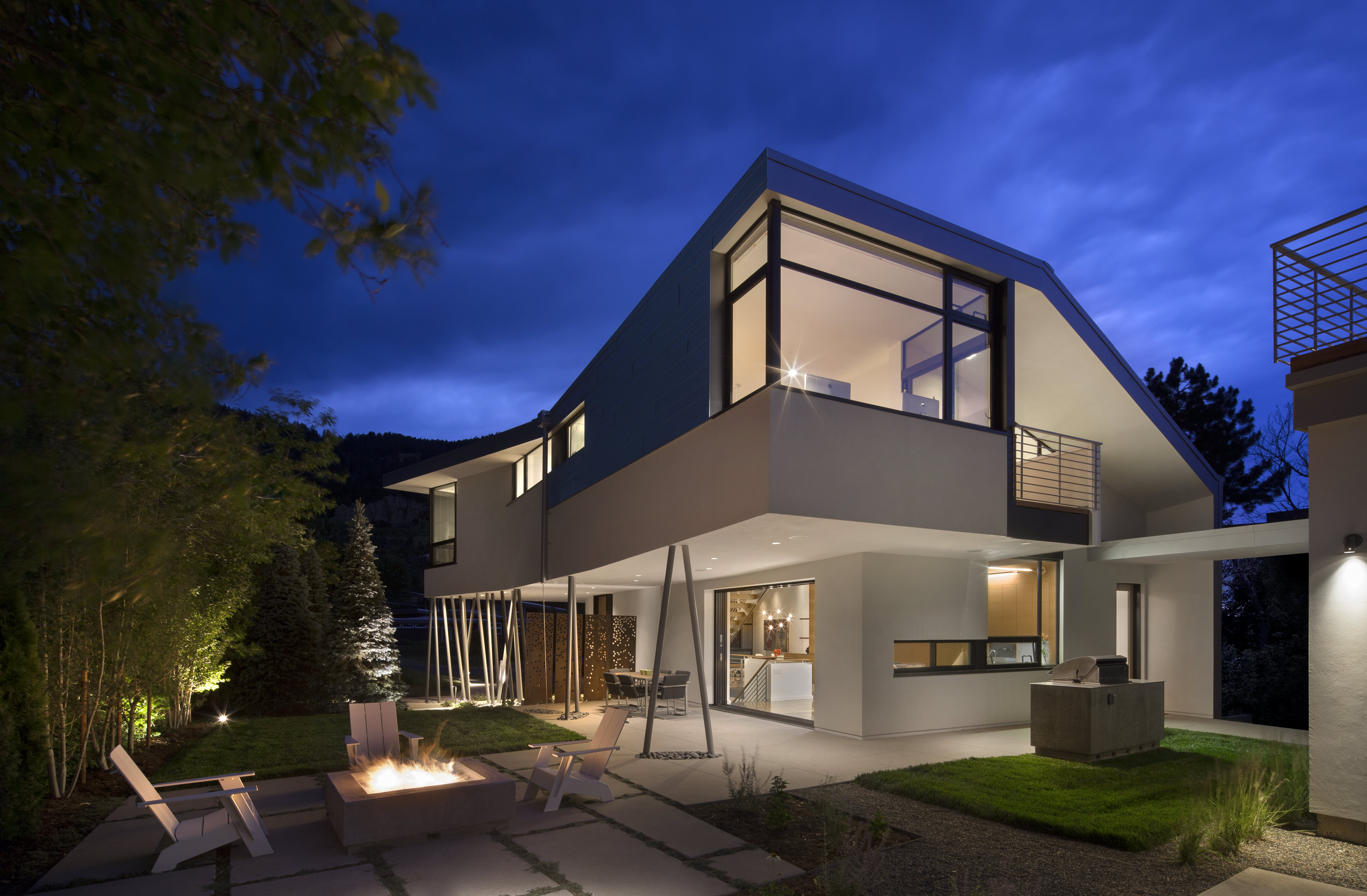 • Identify and Develop from within
“The key to business succession working is that the prospective successor is as passionate about the business and the work being done—as well as being like-minded with the founder—so the company maintains its direction, values, performance, and success,” says Drew Lindsay, owner of Hammerwell. “It’s also important that the successor be dedicated, honest, and trustworthy, and that the owner explain many years prior that there could be an opportunity down the road for future ownership to develop.  Presenting an ownership goal for an employee to work toward galvanizes one’s commitment and interest in the company and helps an owner retain a valuable employee and asset in the interim.”

• Use professionals
If an owner wants to sell the company, get an investment banker to help market the business, says Ann Marie Williams, mid-south private wealth leader at Grant Thornton. If the owner intends to transfer the company to the next generation or to a manager, work with a CPA, an estate attorney, and with advisors who focus on succession planning.

• Consider disability, too
Buy-sell agreements can remove the uncertainty of succession in case an owner dies, but what if that person is too sick to work? “Most people are disabled before they die, and that’s one area that there’s not enough planning around,” Williams says. “Business owners really need to be thoughtful about what happens if they get sick. Who is going to run the business? Who gets control? Lots of people think about death, and life insurance seems to be much more broadly accepted in terms of the willingness to pay life insurance premiums. [But] disability [insurance] seems expensive to them.”

• Discuss the Valuation
With home builders, the real asset is the reputation or the name of the builder, says Alvin Wade of Grant Thornton. Even though there is methodology that accountants use to put a dollar figure on a company’s intangible value, two experts can arrive at different figures because they used different assumptions to analyze the operation’s future. Valuation can be a subject of debate and discussion. —M.B.

Sands had watched his former laborer grow into a detail-oriented supervisor who liked being in the field and easily developed an excellent rapport with clients and architects. Sands groomed Lindsay over the years by inviting him to participate at all company levels from estimating, project walkthroughs, and prospective client meetings to accounting and front-office responsibilities. About three years ago Sands approached Lindsay and told him that someday he would like to retire and see his company continue, and there would be an opportunity for Lindsay to take the reins if he had the desire.

“Dating back to his early discussions with me, Rich’s main motivation and goal in an appropriate successor taking the company on was to see the great company and name he’d worked so hard to establish continue and flourish once he’d moved on,” Lindsay says. “A successor as his endgame was not financially motivated. It was driven by the passion for his life’s work and the love of the company he’d developed.”

Both men started planning for the transition in earnest more than a year ago. The pair worked out price and basic details, with Sands drafting a proposal to which Lindsay added counterproposals. They then consulted with their respective attorneys to draft and review details of the asset sale that would deliver some compensation to Sands on the front end while reducing the risk Lindsay would have to take on right away so he could use capital to grow the company in the future.

“Rich afforded me a wonderful opportunity based on my dedication and employment with him over the years,” Lindsay says. “Had I not been a long-standing and important contributor to the company, things would have been very different. We basically just wanted to work out a deal that would make both of us comfortable and happy with the direction it was headed.” 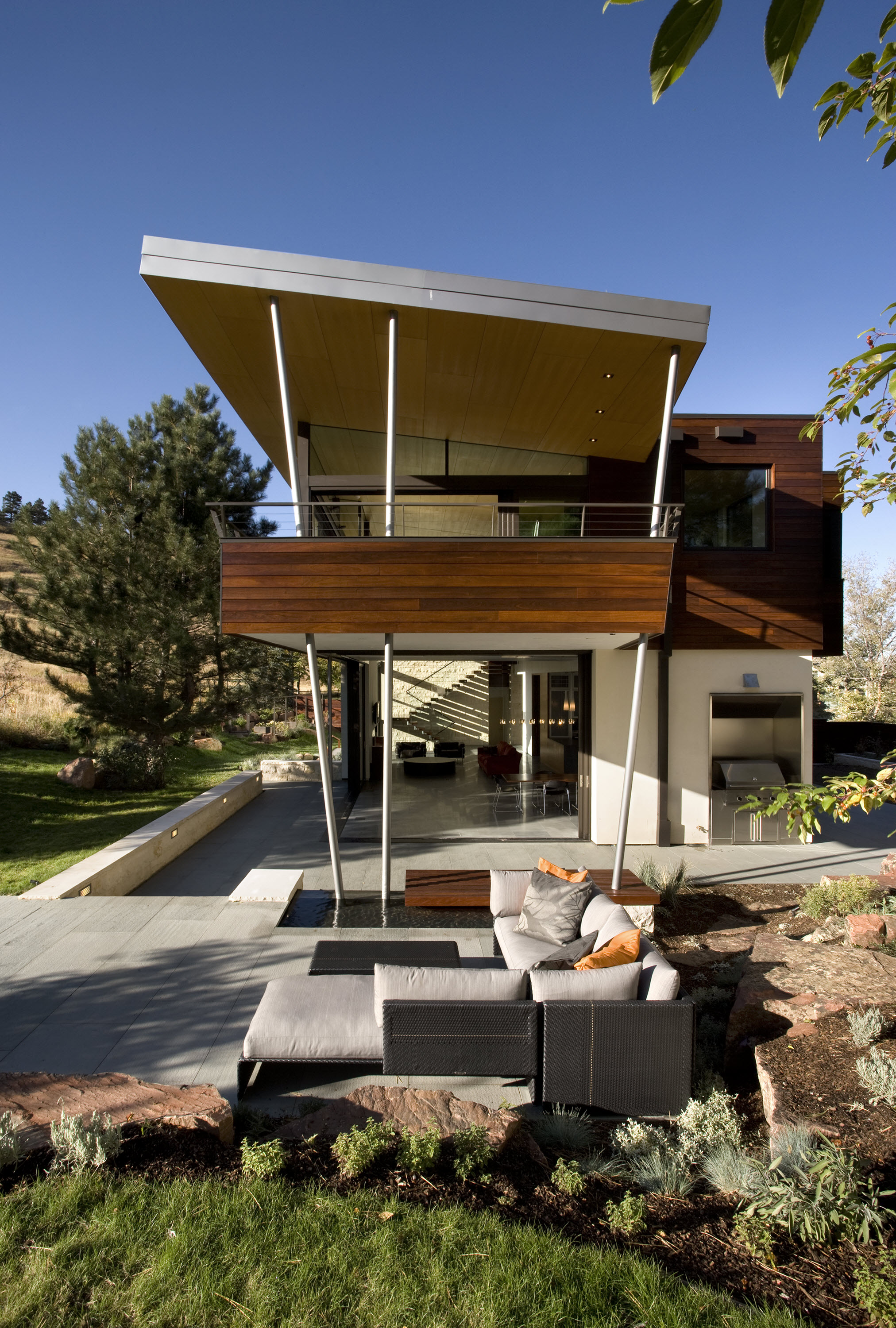 The final 50-page contract gave Lindsay complete ownership of Hammerwell while Sands received a portion of the sales price up front and kept the company’s liquid assets such as cash and vehicles. Sands will be additionally compensated over the next several years when both parties evaluate Hammerwell’s subsequent financial performance. Future payments to Sands will be determined by attaining revenue targets. Meanwhile, Lindsay can lean on Sands for business advice and introductions to architects and potential clients. If the former owner’s participation becomes more involved, such as drawing designs for a house plan, he’ll be paid at an hourly rate.

“What made this work for me is that Hammerwell is a unique company, and I’ve had the opportunity to develop a number of cutting-edge modern homes that really sparked my interest,” Lindsay says. “I wanted to continue to build projects of this level, complexity, and prestige right out of the gate as a business owner, and continuing the 38-year legacy of Hammerwell was a great way to achieve this. Had this opportunity developed with a builder doing less interesting projects, I likely would have passed [on it] to pursue constructing the types of homes I was interested in and passionate about building. It just so happened Hammerwell was doing exactly that.”

(Editor's Note: To read about how two partners continued the legacies of their home building/remodeling business, click here.)